The Crownstone infrastructure can be used in smart offices for sustainability and communication. It has been integrated with the Yodiwo platform. The Yodiwo platform contains a graphical user interface, called Cyan, in which development and deployment can be done in a visual style with graphs. Network devices, cloud services, analytics are blocks that all can be linked together in a graphical user interface. The Yodiwo platform also contains a hardware device (IoT Fog Gateway) that can function as a gateway to and from the premises of a building. The architecture of Yodiwo is visualized in the following picture. 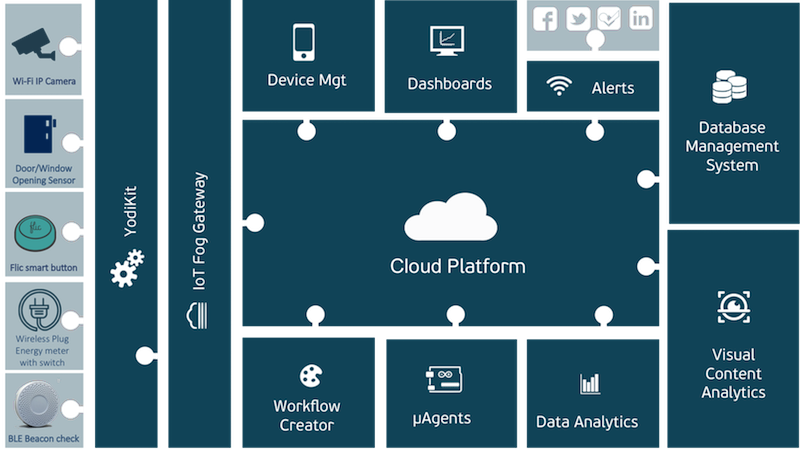 The Crownstone integration has two parts. The first part is the graphical user interface. The second part is a USB device that can be plugged into the Yodiwo hub.

First, components have been created that can be used in the graphical user interface. Those components are shown in the next picture. 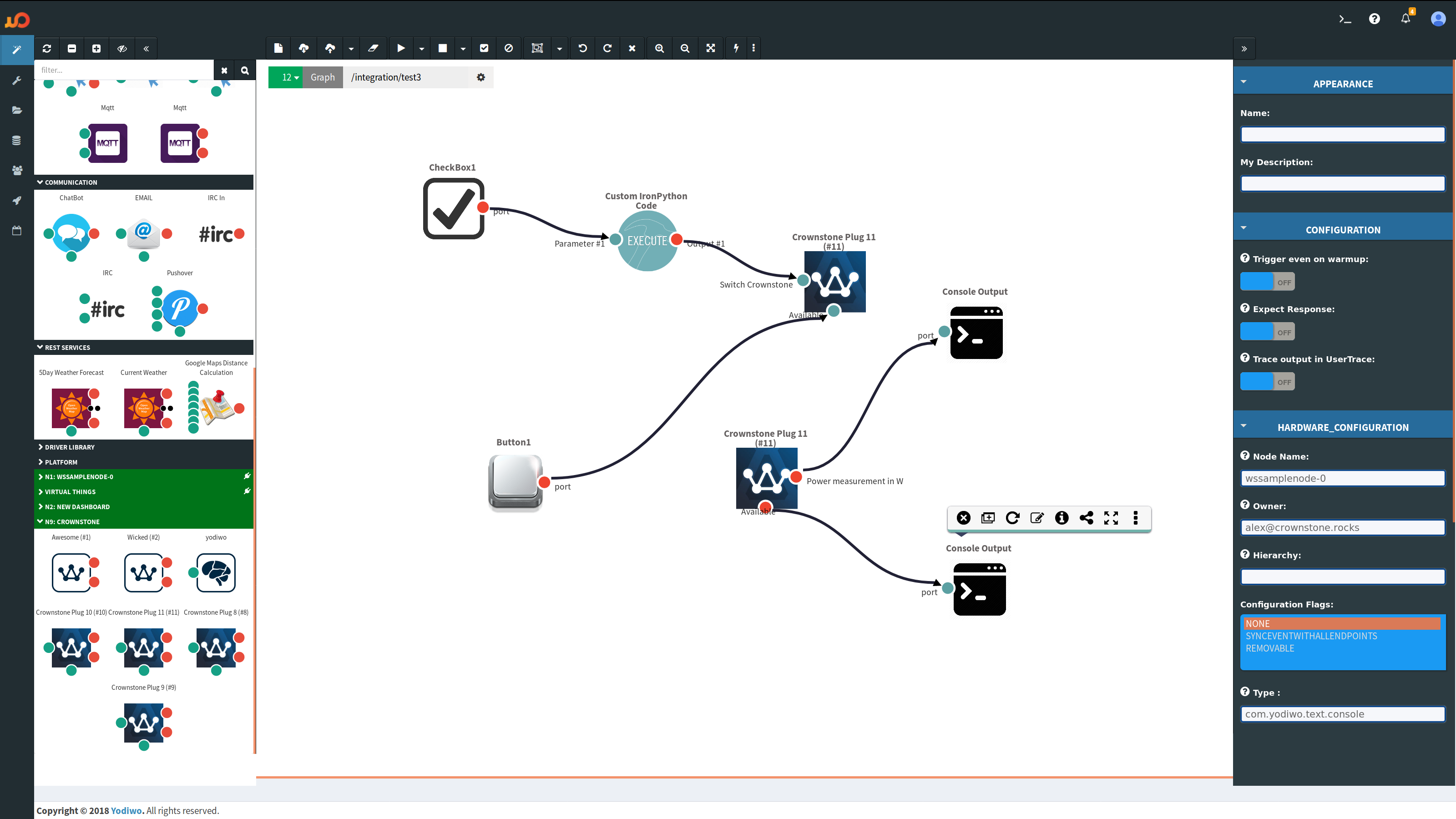 Crownstone has created several graphical user elements and the software behind it to control Crownstones from the Yodiwo interface or read sensor data. The software that is behind those elements is written in Python and can be found at the yodiwo-crownstone-node repository. This code makes use of the yodiwo-python-node, a node written in Python that accesses the Yodiwo cloud services using Yodiwo’s Plegma API.

Second, a dongle can be plugged into the Yodiwo IoT gateway. The reason to use a Crownstone USB dongle rather than a gateway with a Bluetooth stack is threefold: 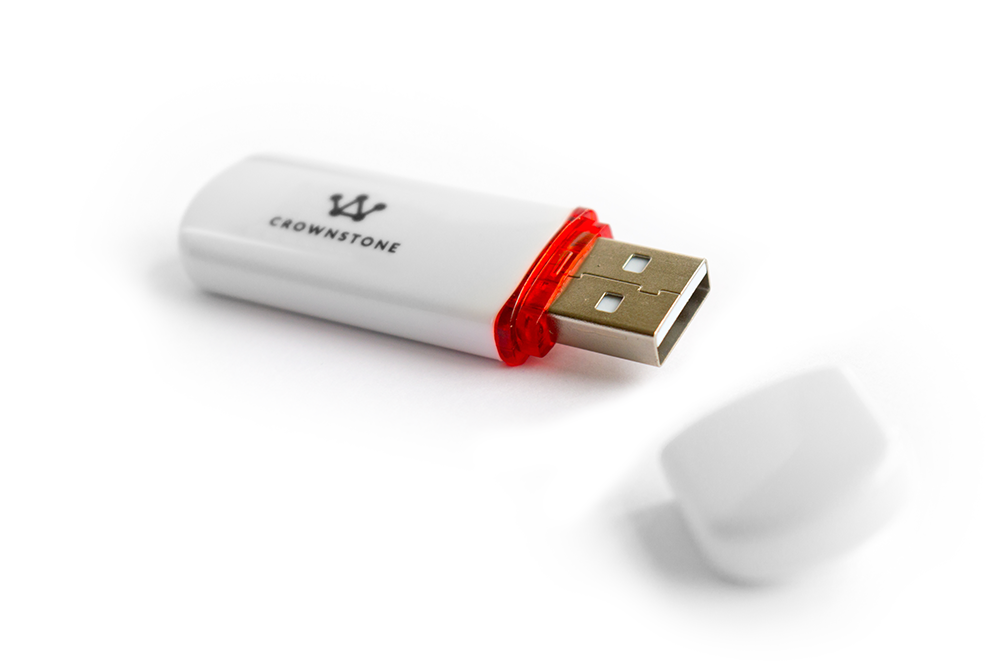 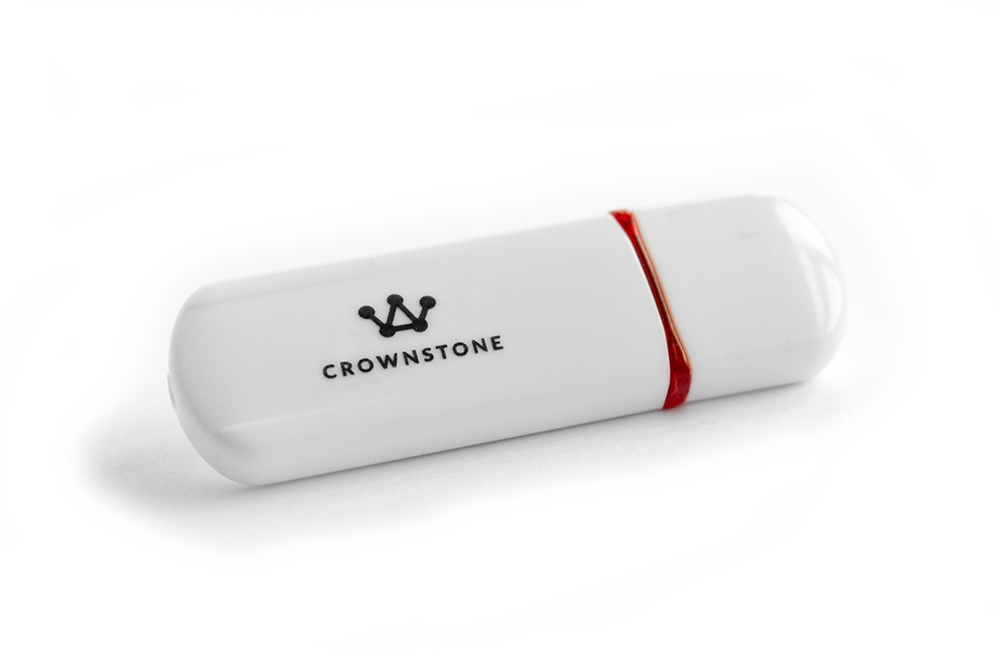 Note, the USB dongles can be obtained from the webshop, but should only be bought in the context of a project.

VolkerWessels has with Crownstones integrated into the Yodiwo IoT platform the abilities to offer the following services to their customers: